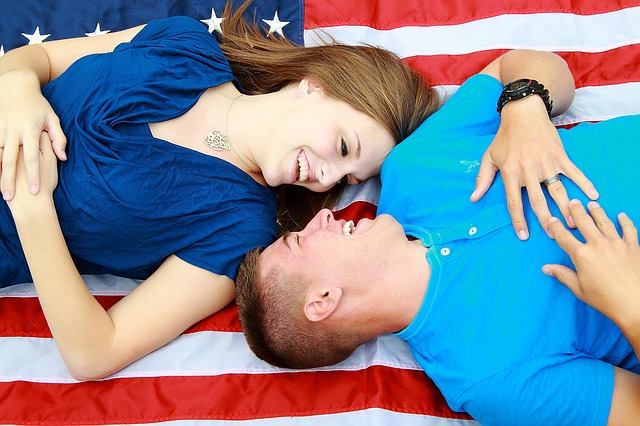 I have been facilitating legal proxy marriages for over 15 years.  Each proxy marriage has a story of its own, but the one that I would like to relate stands apart from the rest.

Several years ago, I got a call from a father who wanted to arrange for his son and partner a Legal Double Proxy Marriage. The son was fighting for his life at Walter Reed Medical Center in Washington.

Before his son was deployed to Iraq, he came to his Dad for some fatherly advice.  He was madly in love with his girlfriend, and wanted his Dad’s blessings to get married before he deployed to Iraq.  Dad’s advice was not to rush into things, and wait until he returns home from his deployment, and think things through before making this important decision. Reluctantly, his son took his father’s advice and left for Iraq.

Unfortunately, while in Iraq a shocking event took place. As part of the ground forces fighting for our country, he was shot.  He was flown to Germany first for initial treatment and then to Walter Reed Hospital.

Both parents were struck with indescribable emotional pain and rushed to the hospital to be by his bedside.  His father was so upset that he had given his son advice to wait till he comes home to get married. He asked me if I could arrange the Legal Double Proxy Marriage for his son and fiancee.  I explained to him that as long as he is alive, this was possible since he was serving in the Military. I assured him that I would move mountains at the speed of light to get them legally married.

After the call, I immediately contacted our attorney representative in Montana, explaining the tragic events, and asked him to process the paperwork. I told  him that I would not accept any payment and requested if the judge, attorney, and proxies would do the same. The answers were an unanimous yes!

The father had power of attorney to sign the forms for his son, and affidavits from his son’s friends that he had expressed his strong desire to marry his “soul mate” before he deployed.

It was touch and go with his son’s condition, but the marriage took place in Montana and the certificates arrived in time.  This brave soldier had given so much for our country, and we were able to give him the most precious gift by fulfilling his greatest wish of marrying his loved one.

Life is so precious and unpredictable. I truly bless each day grateful for what I have.