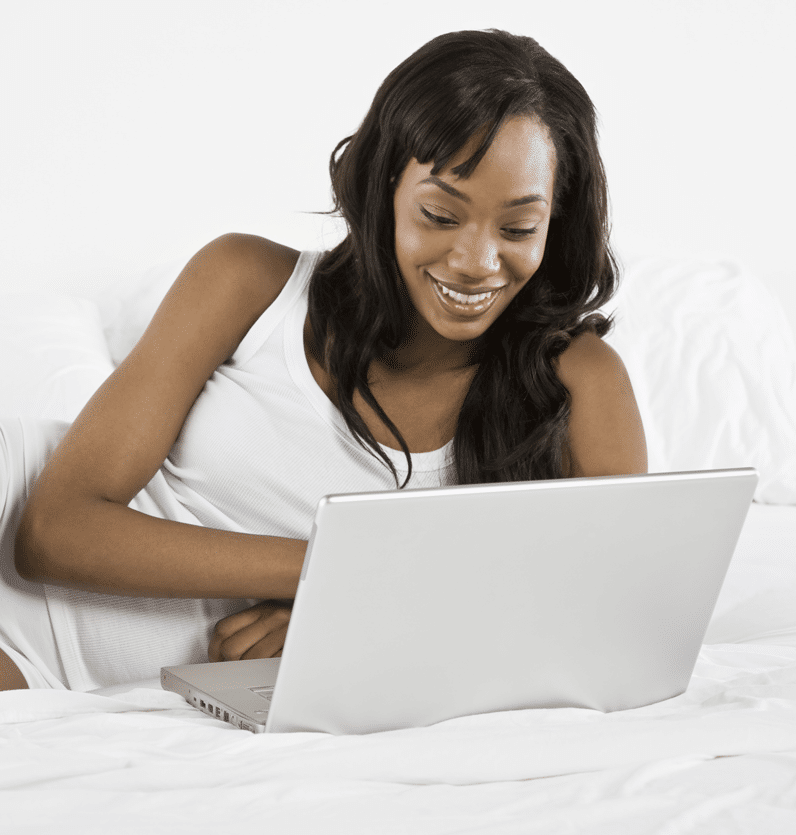 The most difficult part of my business as facilitator of Legal USA Proxy Marriages is when I get calls from people who are victims of Romance Scams and Internet Predators.

The typical conversation with the caller is the following:

Mary: “Is this the place that arranges proxy marriages?”

Sam: “Yes we do. In order to give you the correct information,  I first need to clarify your specific situation. Let’s start with where do you reside and where does your fiancé or partner reside?”

Mary: “I live in North Carolina and he lives in Africa. He’s a Major in the Military serving in Afghanistan.”

Sam: “Have you ever met him in person face to face?” 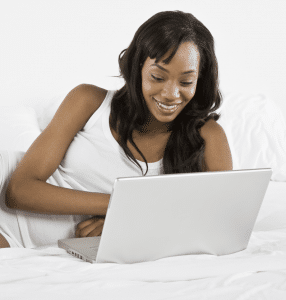 Mary: “No, not yet, but we have been talking over the internet for 3 months.”

Sam: “After 3 months, are you ready to tie the knot with this person without ever meeting him in person?”

Mary:  “I think so, we are like soul mates and love one another very much.”

Are you really ready to marry this person who you have never met in person, based upon what he has told you over the internet?

Sam: “Do you know anything about this person?”

Mary: “Yes, I know he is a high ranking officer serving in Afghanistan.”

Sam: “If I may ask you a question. Are you really ready to marry this person who you have never met in person, based upon what he has told you over the internet?”

Mary: “I know it sounds crazy, but he has sent me pictures of himself dressed in his military uniform.”

Sam: “How do you know that these pictures are truly of this person and not someone else?”

Sam: “Do you have any suspicions or uneasiness about your friend?”

Mary: “Well, all of my friends think that I am crazy to jump into something so fast without ever meeting him. I just love him so much! He told me that the Military can arrange a Proxy Marriage for both of us over there.”

The Military does not arrange proxy marriages.

Sam: “The Military does not arrange proxy marriages.”

Mary: “Are you sure?  He told me that the paperwork is expensive, and he doesn’t have access to his funds. He then asked me if I could send him $500 in the meantime until his funds become available.”

Sam: “Did he ask you to send him the money by either Western Union or a Money Gram?”

Mary: (surprised) “How did you know that?”

Sam: “I get calls several times a week from people in similar situations asking me for information about proxy marriages and my opinion. From what you have told me, this has all of the indications of a Romance Scam.”

Sam: “You are not stupid. Many lonely people who go on the various dating sites become victims of this scam. My advice is not to send him any more money. These predators use sophisticated methods of persuasion to get you to believe that they truly love you, and play on this to get your money. If you allow them, they will get you to empty your bank account. Once you tell him that you don’t have any more money and hold firm he will disappear.”

Mary: “Thank you Sam. You have opened my eyes.”

This typical conversation with some variations has been repeated to me over and over again by the innocent victims and potential victims of Romance Scams.

With so many major crimes happening everywhere today in the US and with limited budgets, it is no wonder that the Romance Scams are not a priority for Law Enforcement Agencies.

Given these facts it is basically up to each individual to protect themselves.

Here are some Tips and Red Flags to look out for:

Hopefully, you will wake up from your dreams, and disconnect from these predators. 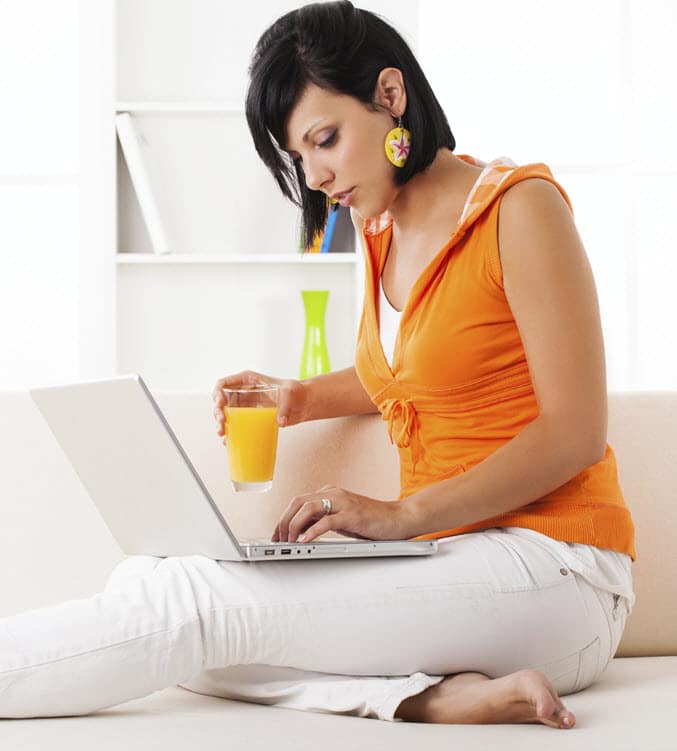 The Myth of a Legal Online Marriage

The Myth of a Legal Online Marriage

Every day I am contacted by people seeking a “Legal Online Marriage.” 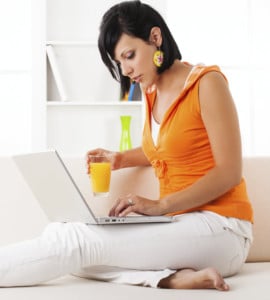 Today’s technology has made it quite easy to order practically anything online. With the decline of the traditional brick and mortar stores, online purchasing has increased dramatically.

Almost every company today has an online presence. What a fast and easy way to purchase things. All it takes are a few clicks online, and the goods arrive at your front door!

I do understand why people think that they can also get married online, since today we can obtain practically everything else online.

The truth of this matter is that there is no such thing as a Legally Binding Online Marriage where you can complete an online form, and then someone will mail to you a Legal Marriage Certificate.

The state of Montana allows a Legal Double Proxy Marriage where neither party has to appear at the marriage bureau. The state does however require that at least one of the parties be ACTIVELY serving in the Military or be a Legal Resident of the state of Montana. Also, both parties must be at least 18 years of age or older.

The state of Kansas is presently the only state that allows a Legal Single Proxy Marriage for both USA and foreign civilians and inmates. There is no residency requirement, and it doesn’t matter where the parties were born or where they presently reside, as long as both parties are 18 years of age or older. For this Legal Single Proxy Marriage, ONE of the parties must appear before the marriage bureau.  A very Limited Power of Attorney or Notarized Required Affidavit must be submitted, so the “designated proxy in Kansas can legally stand in for the absent party.

With over 15 years of experience of facilitating Legal USA Proxy Marriages, we know that each situation can be different. Sometimes there are difficult and complex problems which require a professional who specializes in Proxy Marriages.

Are you separated from your loved one and for a variety of reasons cannot get married in the traditional way? Call us toll Free: 1-877-482-24076 or contact us via e-mail.

We will listen patiently to your story, and the facts of your situation, so we can determine the best way to proceed.

Don’t be Separated from your Loved One any longer! 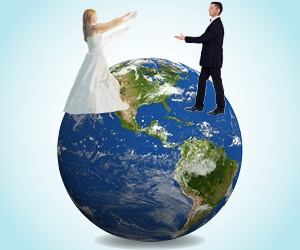 Don’t be separated from your love one any longer.

Imagine you have your first conversation and you realize you are interested in each other. Or you see a profile on the dating site and you know you want to connect with that person.

Soon you are talking all the time until you realize you are in love and want to get married.

No problem for most people. However, you are in different countries and your conversations have been via Skype or the phone and letters via email.

In fact, you have not actually met in person. In the past, it was practically unheard of for a person to seek marriage without ever meeting the other party in person.

Technology today has changed the way people now view this issue. Programs such as Skype and others have brought people closer together from all corners of the world without ever meeting face to face.

I have been facilitating legal proxy marriages for over 15 years.  Each proxy marriage has a story of its own, but the one that I would like to relate stands apart from the rest.

Several years ago, I got a call from a father who wanted to arrange for his son and partner a Legal Double Proxy Marriage. The son was fighting for his life at Walter Reed Medical Center in Washington.

Before his son was deployed to Iraq, he came to his Dad for some fatherly advice.  He was madly in love with his girlfriend, and wanted his Dad’s blessings to get married before he deployed to Iraq.  Dad’s advice was not to rush into things, and wait until he returns home from his deployment, and think things through before making this important decision. Reluctantly, his son took his father’s advice and left for Iraq.

Unfortunately, while in Iraq a shocking event took place. As part of the ground forces fighting for our country, he was shot.  He was flown to Germany first for initial treatment and then to Walter Reed Hospital.

Both parents were struck with indescribable emotional pain and rushed to the hospital to be by his bedside.  His father was so upset that he had given his son advice to wait till he comes home to get married. He asked me if I could arrange the Legal Double Proxy Marriage for his son and fiancee.  I explained to him that as long as he is alive, this was possible since he was serving in the Military. I assured him that I would move mountains at the speed of light to get them legally married.

After the call, I immediately contacted our attorney representative in Montana, explaining the tragic events, and asked him to process the paperwork. I told  him that I would not accept any payment and requested if the judge, attorney, and proxies would do the same. The answers were an unanimous yes!

The father had power of attorney to sign the forms for his son, and affidavits from his son’s friends that he had expressed his strong desire to marry his “soul mate” before he deployed.

It was touch and go with his son’s condition, but the marriage took place in Montana and the certificates arrived in time.  This brave soldier had given so much for our country, and we were able to give him the most precious gift by fulfilling his greatest wish of marrying his loved one.

Life is so precious and unpredictable. I truly bless each day grateful for what I have.